If you happen to stay near Kaanapali Beach I recommend you check out Black Rock. This spot was brought up again and again by everyone giving me Maui recommendations. Here is the thing: while it was fun, the snorkeling wasn’t spectacular. I think if I had swam around to the northern side of the rock maybe there would have been some better fish but I was out there by myself and the current was a little rough, so I didn’t want to chance it. I did have fun jumping off of Black Rock itself. I wish I had gotten better pictures/video while doing it, there were some serious GoPro users doing awesome flips into the water.

I will say something embarrasingly funny happened while we were at the beach. I grew up on the beach, I am comfortable in the water and I know how tricky ocean waves can be. I am always harping on my kids to not turn their backs on the waves. Well stupid me turned my back on these small but super strong waves that were coming in and I got knocked ass over teakettle (I love that phrase) It was SO embarrassing and I was just hoping that no one was filming and that they would go home and show off a video of some idiot coming out of the water and getting knocked down.

Me getting ready to swim out to the rock. You can see toward the left there are people crawling out of the water onto the rocks. That is the slippery, tricky way up to the top. (Also it’s all lava rock and is sharp as hell…)

Lots of cool little spots up at the top of the rock.

The other side. I think this cove probably has some pretty good snorkeling on a lower surf day. Those waves are no fun for trying to snorkel! 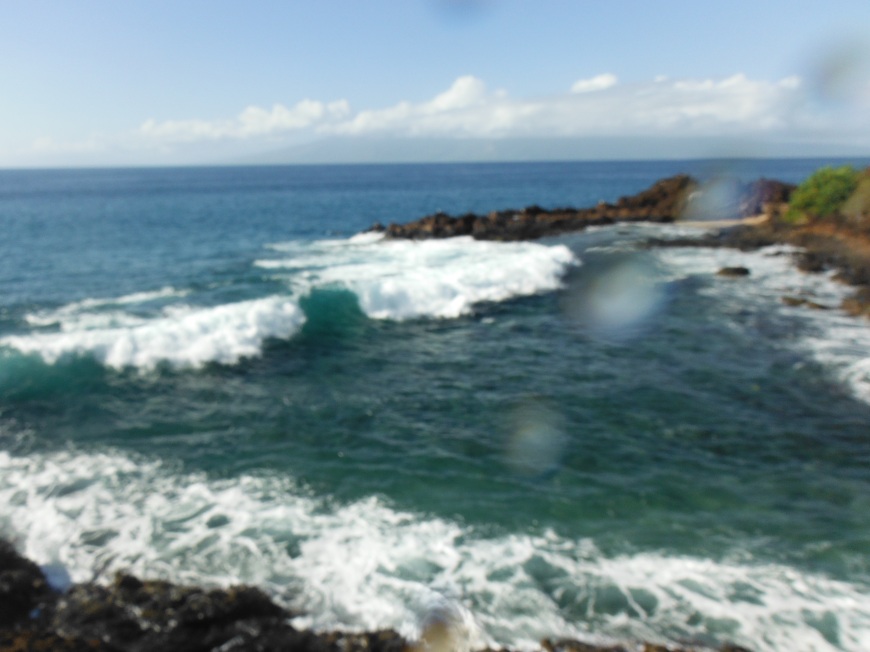 The view from the top. It might not look high but once you get up there it is SO high. I was pretty nervous but I didn’t want to look like a wuss in front of all the teenagers up there so I just went for it. Crazy!

Second time around it was a lot less crowded so I snapped a quick pic. The funny thing was that when I went up the second time there was a girl that was STILL up there from when I went up before. It was pretty funny because she was there with a ton of family members (I am guessing) and they kept trying to talk her into going. I tried giving her a pep talk too, (if an old lady like me can do it…) Last I saw she was climbing down the rock, I need to improve my pep talks. 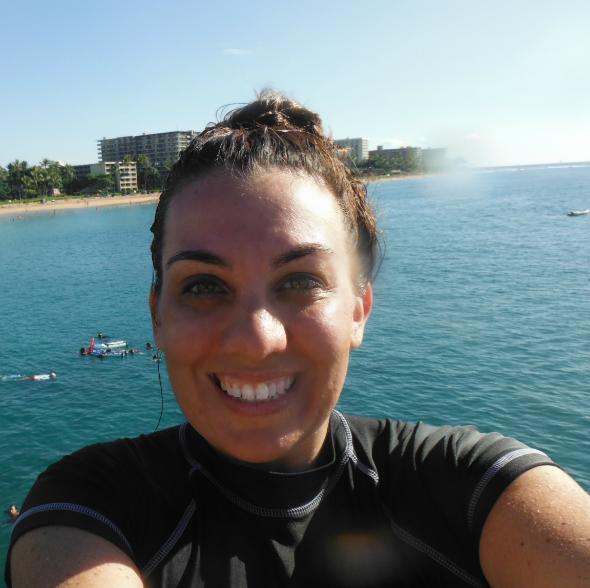 And a few seconds of me jumping off the GIANT rock!