I don’t know why it took me so long to visit this memorial, it is absolutely stunning and sobering to visit. I guess that is the good thing about guests is that they give you that kick in the pants to get stuff done. I was a little worried we weren’t going to be able to do it because tickets sell out months in advance. I was told that we could walk in and try to get on stand by. Well we ended up doing just that which was awesome. We were the 1pm tour that day which was absolutely incredible because it was the last tour of the day. So as the crowds were filing back on the last ferry we were able to take pictures of the memorial completely empty. 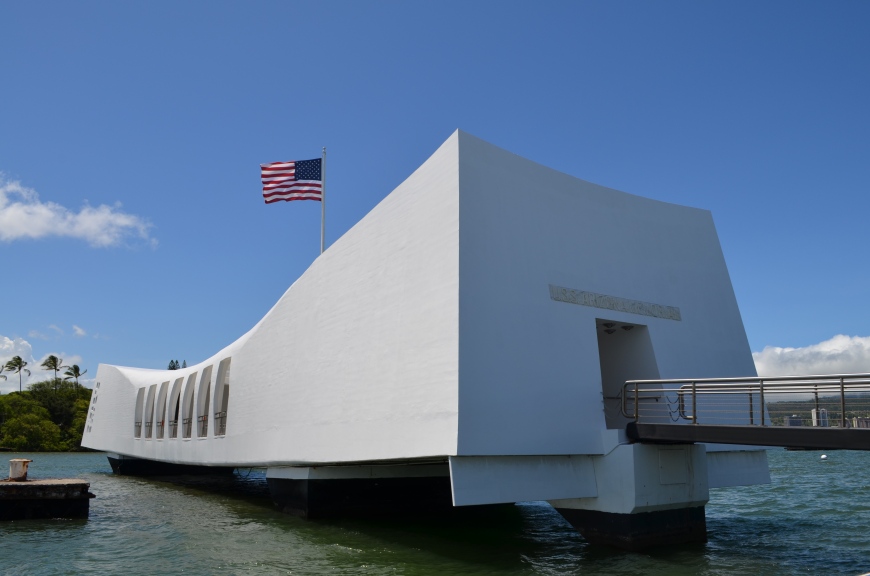 I recommend trying to do the last tour of the day if you are able.

The sailors and marines who died on the Arizona that day. I had always been curious why the ship was left where it was and why the remains were never brought up. The wonderful park ranger explained that the way that the ship broke up would have made it difficult to raise and the ship itself was on fire for 3 days, effectively cremating all those who were inside.

In 1982 it was decided that Arizona survivors could be interred into the ship when they died. This gave me chills. 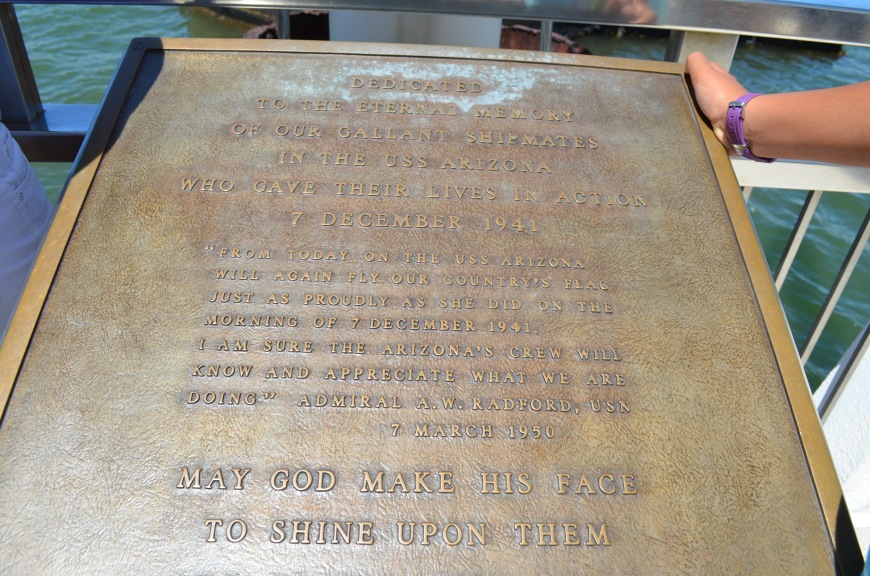 Dedicated to the eternal memory of our gallant shipmates in the USS Arizona who gave their lives in action 7 December 1941 “From today on the USS Arizona will again fly our country’s flag just as proudly as she did on the morning of 7 December 1941. I am sure the Arizona’s crew will know and appreciate what we are doing” Admiral A.W. Radford, USN 7 March 1950