I think pretty much everyone has gotten our Christmas cards so I can share some of the pictures I took. The kids did GREAT for me (especially Mckenna, she does love a photo shoot) and Omar only took minimal yelling at to keep in line! I love, love, love these pictures. 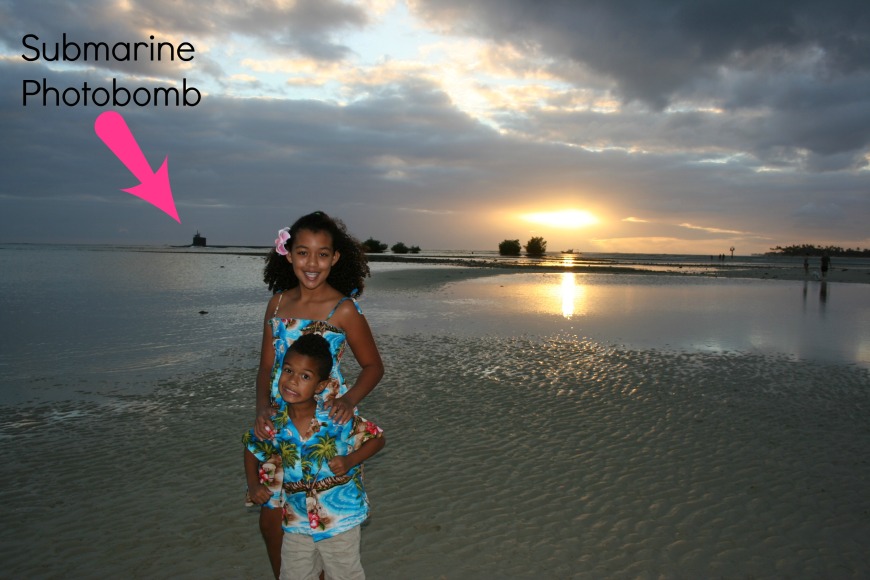 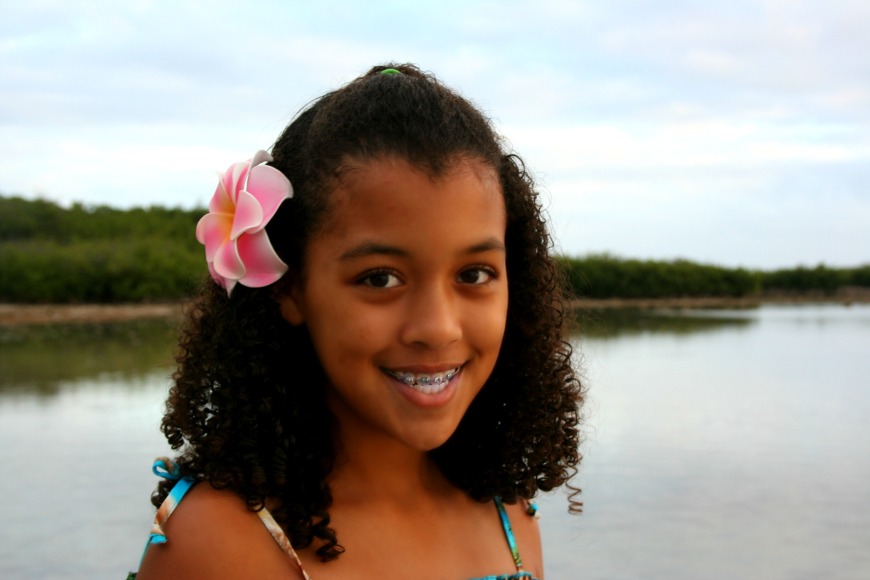 Sorry, I win for cutest kids on the planet!

Soccer season that is. It has already been a little bit crazy just to get him on the team.

I’d been looking into the MWR sports that are put on for the military kids but the only sports they had were flag football and volleyball (for Mckenna) and they were full. So I am searching the internet trying to find something, anything to put my kids into for fall.

I finally find AYSO and see that registration has already ended but I don’t care, I am going to be THAT parent who wants to register their kids late. Through multiple emails back and forth with the lady in charge of registration, I am finally able to meet up with her and get him registered. Mckenna is on a wait list and probably won’t make a team which really sucks. But at least this is a two season per year league so she’ll be able to play in January.  Anyways, while I am registering him I ask if he can get moved up an age group. The U5 group that he is in is that whole “kick the ball around the field with daddy” thing. Been there, done that, he was bored when he had to do it LAST year, I didn’t want him to suffer through it again! This boy loves soccer, plays ALL the time and just wants to get in a game!  So the registrar tells me she’ll get back to me as she has to get approval from whoever.

Luckily she emailed me the next day letting me know he was good to go for the older U6 league and that they had a team that was short and needed him.  We got a call from the coach last night saying there was a game today, could we make it since two kids had dropped out and Omar made the 4th kid on the team! So at 7:45 we run out to the exchange to but cleats and shin guards (why can’t our stuff get here already so I can stop buying multiples of everything?)

We get to the field and find out coach, change Omar into his uniform and get him on the field to warm up. (NO time for cute poses with the ball in his adorable uniform!)

He even picked number 4 because he is four (for two more weeks anyways).

Oh, and his team name? The Incredible Hulks. I could die.

Running laps around the field. 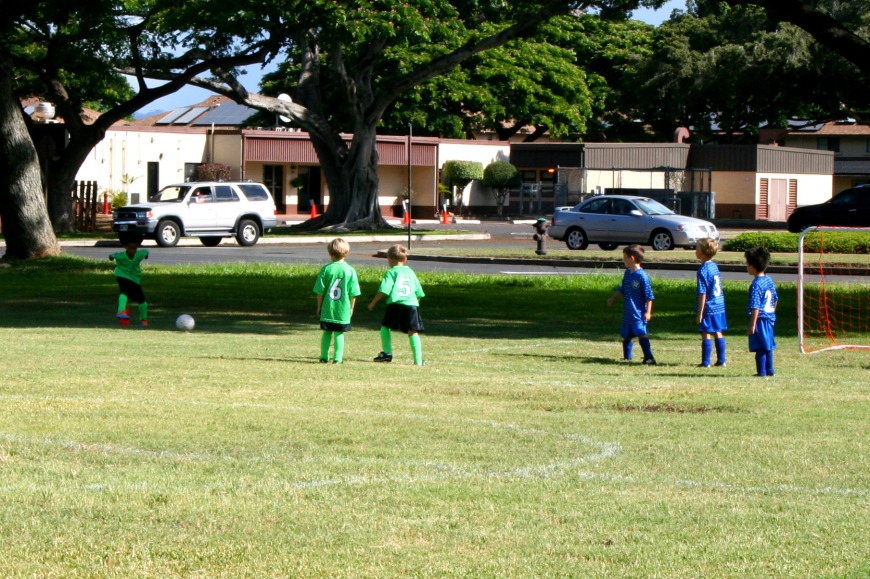 Kick it in, baby! 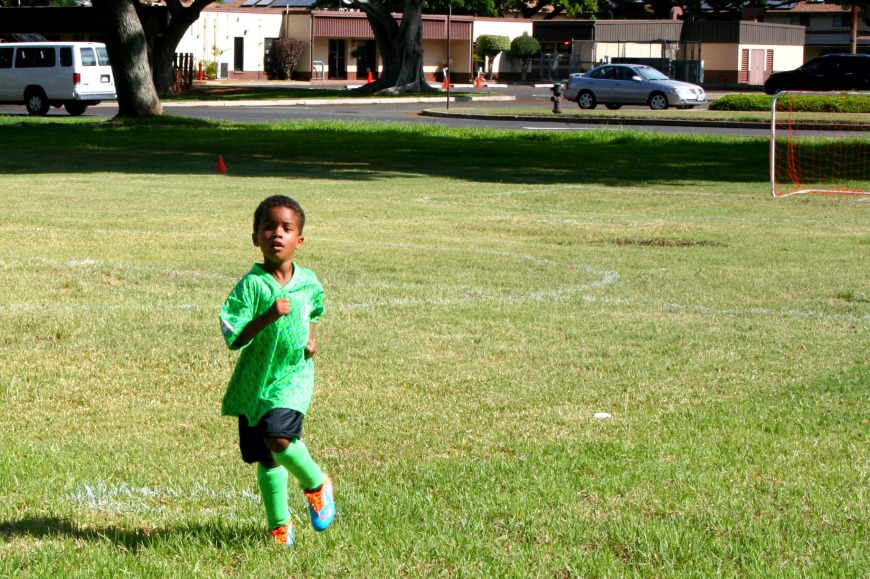 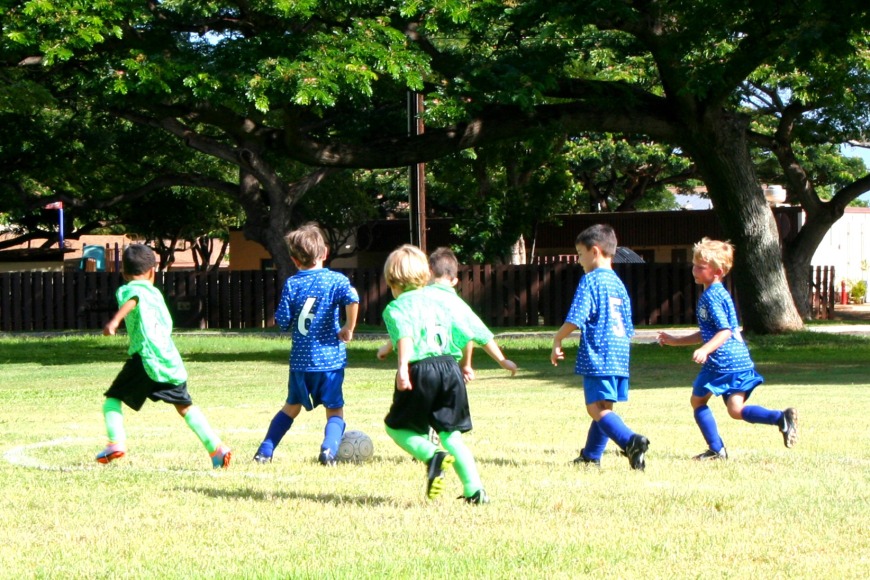 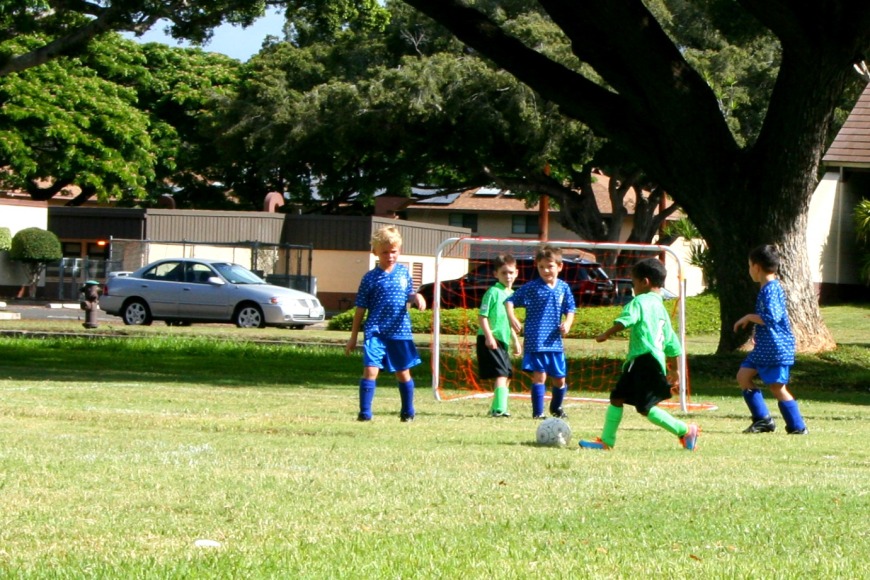 They ended up winning 5-3 and Omar scored TWO goals! Visions of World Cups are dancing in our heads! But really, he had a great time out there and his coach seems like a really nice guy. I actually had to cut out early due to this mutt:

I brought him to soccer because we (he) had his first obedience class and I didn’t want to have to run home. Well he was horrible at soccer, not wanting to sit still or lay down and wasn’t much better at class. I had no less than 5 people suggest putting a pinch or prong collar on him. I don’t know how he can be so wonderful IN the house (seriously, obeys EVERY command, perfect sit/stay/recall) and is just terrible on a leash! I don’t know how many more dog classes I am going to be able to make because most of Omar’s soccer games overlap and I really don’t want to miss out on those.

Anyways, so we had a great morning (besides my ill-behaved dog {which I know is all my fault}) and we are getting ready to go see ‘Diary of a Wimpy Kid’ with the kiddos!

Okay, so these are some photos one of my friends took of me in my fancy feria outfit! Carolyn is an insanely talented photographer and I had SO much fun with her!

If you are in Rota, look her up! Andros Photography. 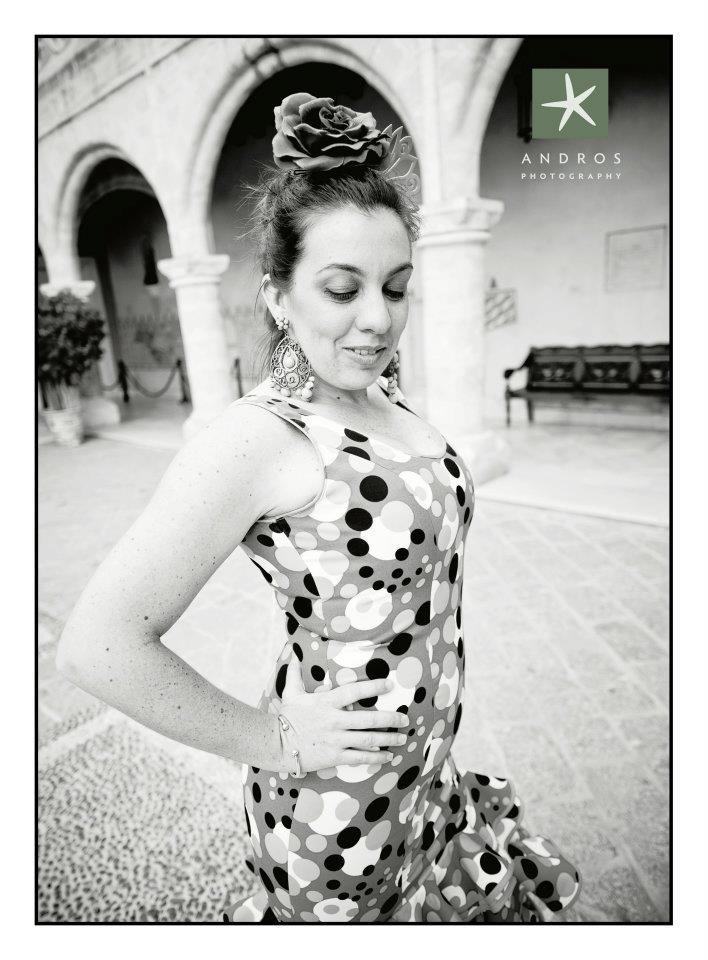 And then pulled my family in for a quick shot! 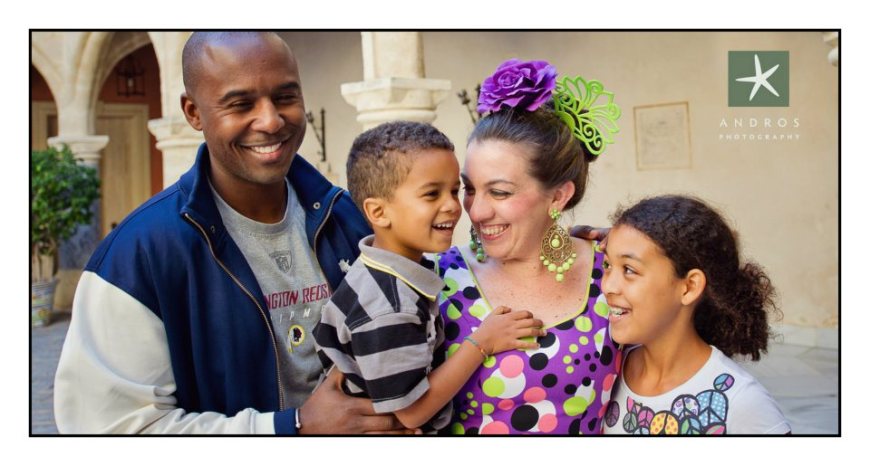