Okay, disclaimer here, we don’t only eat and go to the beach though it may seem so from my recent postings. We just haven’t done too much other exciting stuff!

One of our favorite activities is Eat the Street, and this months theme was bacon. Yes, I know, could they have picked a better theme?! It was amazing to see how many ways the vendors were able to incorporate bacon into their dishes. Once again I wish we could have tried everything but it is just not possible! There was SO much food!

Our first stop was the Whatcha Fillin’ truck for some filled waffle cakes, we went with the bacon mac and cheese as well a s’more. Delish! Should have tried the beer goggles flavor!

Next up their favorite two stops, Waffledog and the thai chicken skewers. No bacon involved!

We split the bacon wrapped shrimp plate lunch. They were insanely good. Great seasoning to them, and my kids don’t like mac salad so it was all mine!

Just an array of signs from the night, mind boggling the amount of bacon! 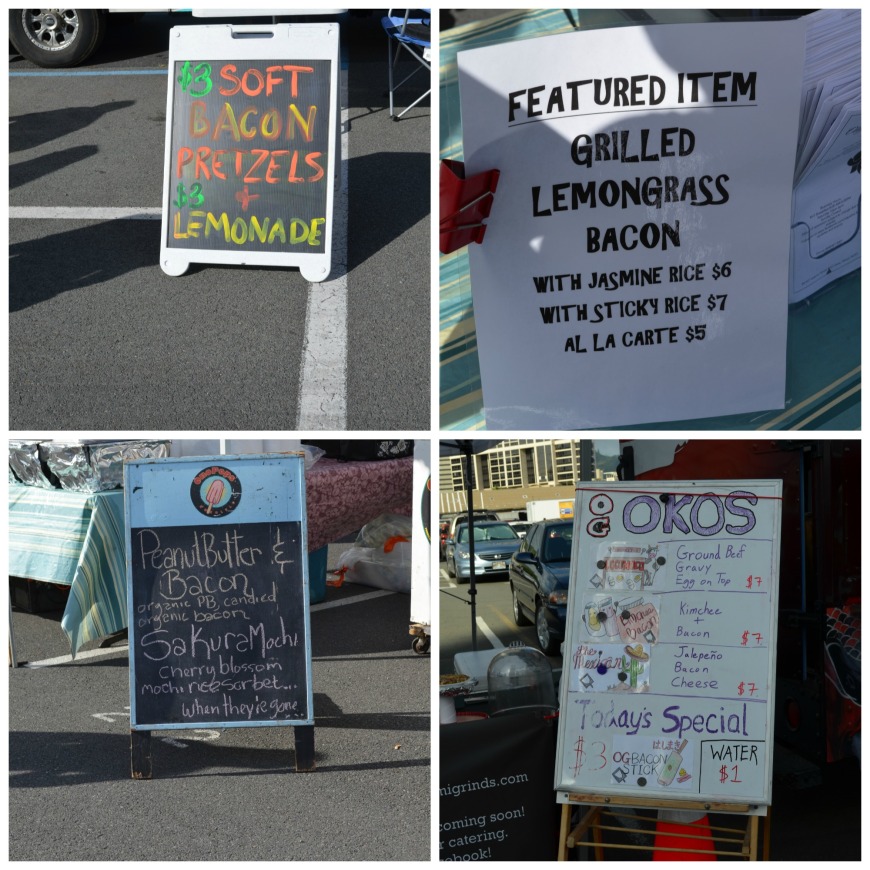 Time for bacon dessert! Maple bacon cupcakes and bacon walnut brownies! We found out the next day that one truck had chocolate covered bacon. Don’t know if I would have tried it! I prefer my bacon savory!

6 thoughts on “Eat the Street: Bacon”