One of the perks of our current home is the proximity to the University of Hawaii Aloha Stadium. We have been lucky enough to attend a few games this season but this weekend was Hawaii’s last game of the year. With an 0-11 record it wasn’t looking too good for the Rainbow Warriors but they were playing Army and tickets were half price. Definitely can’t pass up that deal!

Hawaiians know how to tailgate and hanging out for hours ahead of time is part of the fun. Our set up was pretty modest compared to the fans that had multiple canopies, full size propane grills and a buffet spread able to feed dozens. 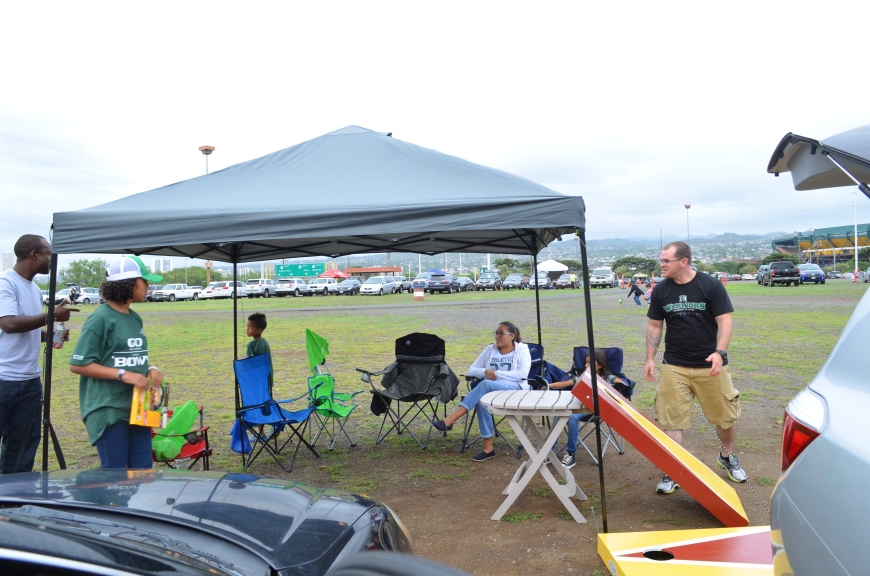 We were just fine with our single canopy, mini grill and enough food for us all to be stuffed. Also playing some cornhole is always a great time. We played couple vs. couple and ended up tying one game each. (Cornhole is a bean bag toss game, can be very competitive and can cause rifts in marriages, ha! Let’s just say it’s good we pulled out a win in our second game!) Technically speaking we aren’t really supposed to play it at all in the parking lot, the rules say no throwing anything and that includes balls, frisbees and bean bags. However the parking lot we parked in is the quietest one farthest from the stadium itself. I think security patrols where all the college kids hang out.

Hawaii fans! Really, they are just there for the snacks. After all that tailgate food, as soon as we sat down Mckenna was asking for a gyro.

Photobombed by my lovely daughter… 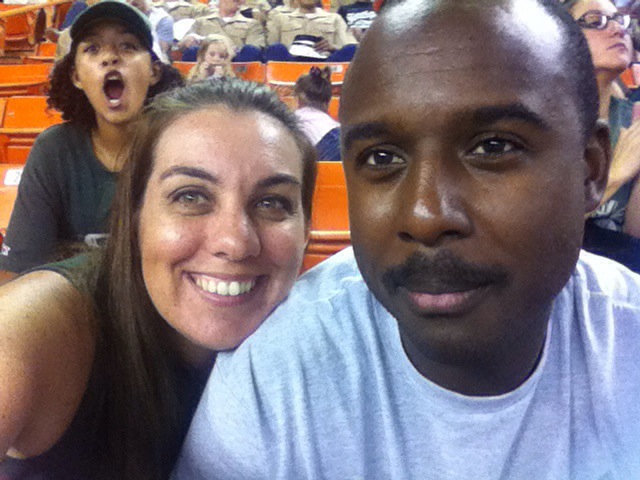 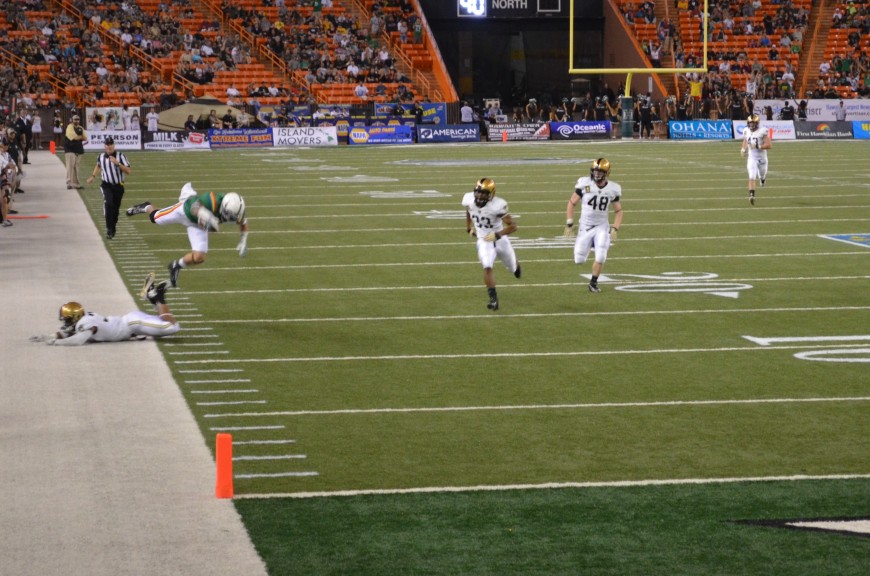 The Hawaii vs. Army game was also military night so we had halftime show that was honoring military members as well as wounded warriors. There was also a promotion ceremony for some lucky Army soldiers. Second Lieutenant to First Lieutenant. (I have no clue what that means) 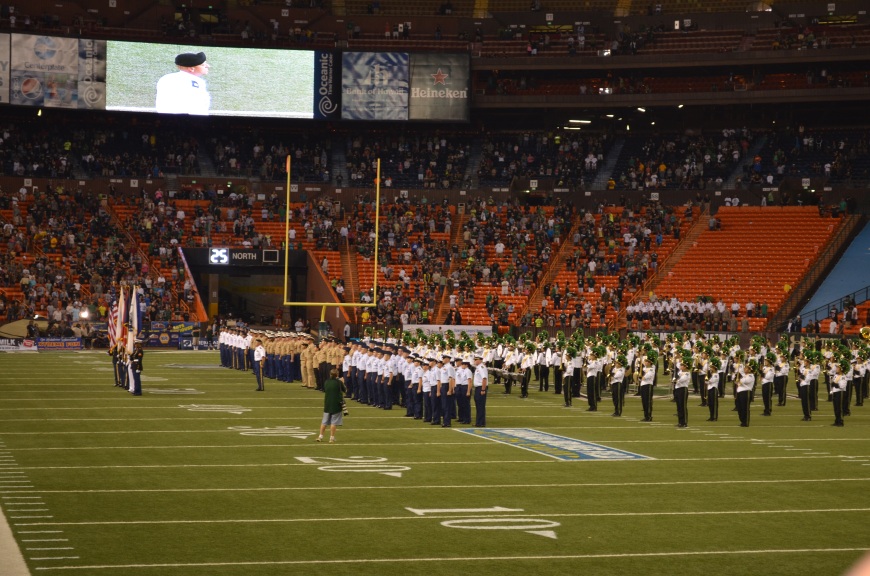 Tulsi Gabbard, a Hawaii Congresswoman was also there to honor the military. She is a veteran herself. I really like her and it was hard to not go get my picture taken with her but I hate being ‘that person’. 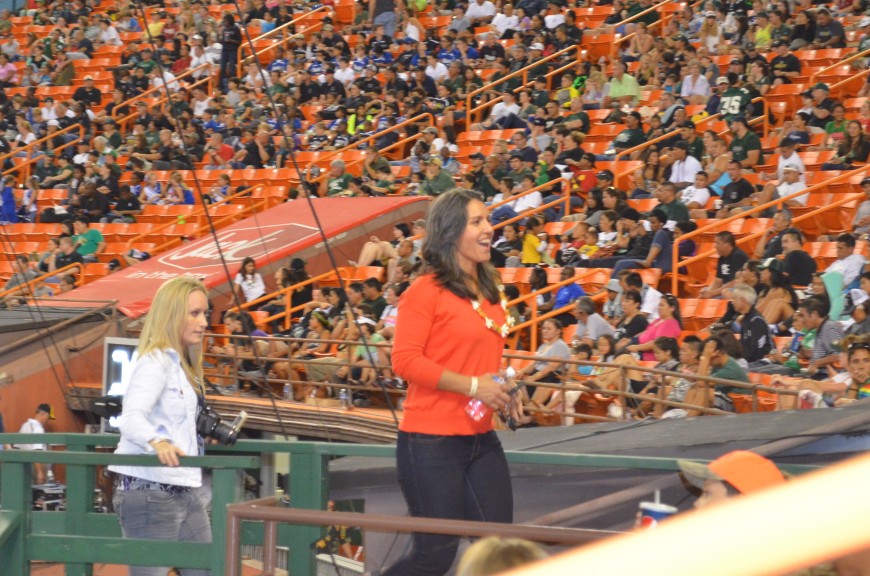 One of the last plays of the game, and Hawaii pulled out a win. It’s always fun to go to the games, but WAY better to get to see the home team WIN! Go ‘bows!