Friday night was M’s 10th birthday party/slumber party.  She hadn’t requested a theme but that dang Pinterest kept popping up with all these super cute rainbow decorations and crafts! So I informed her that I would be doing a rainbow party and she was super excited! 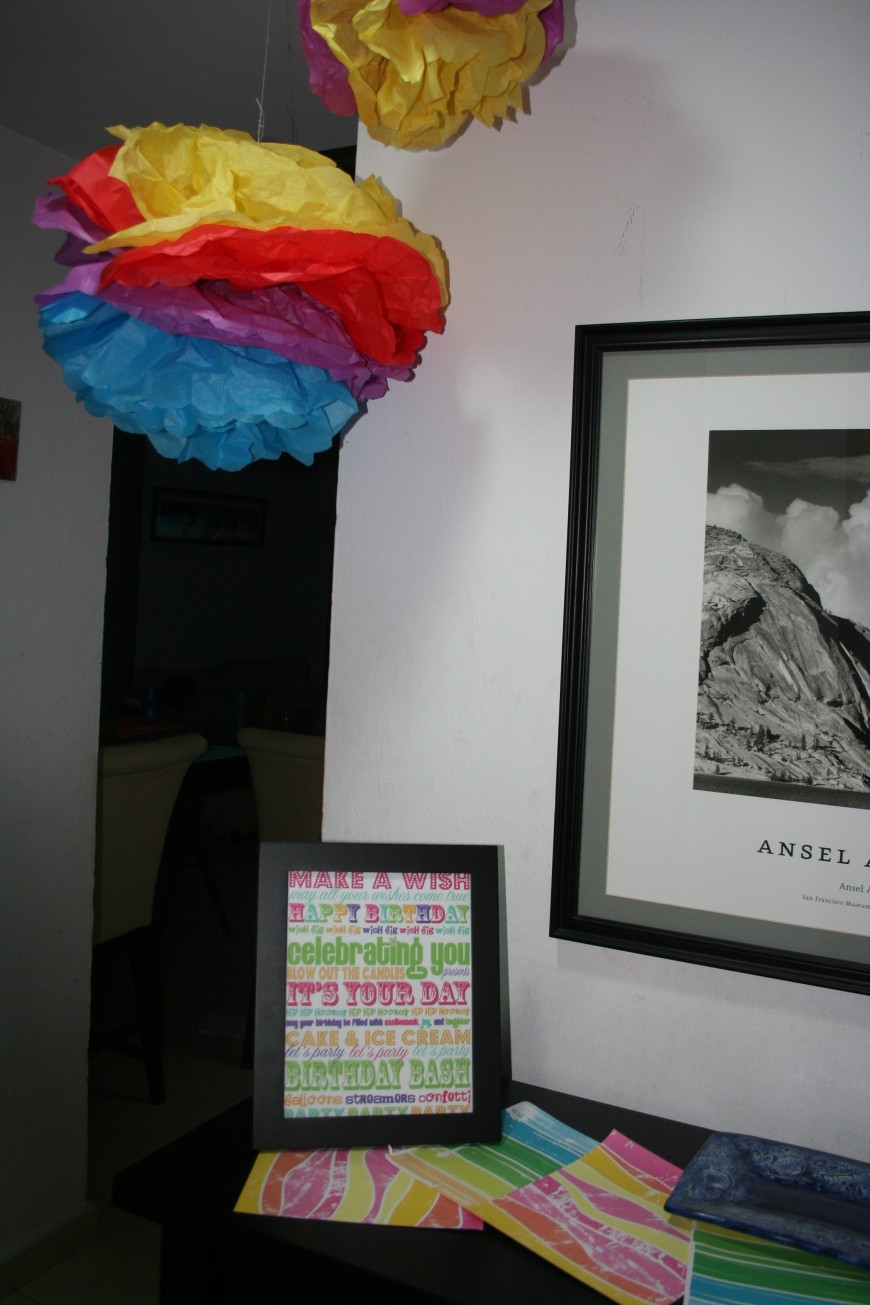 I just used some 6×6 rainbow paper I had and laid that on the table and found that super cute birthday printable online! 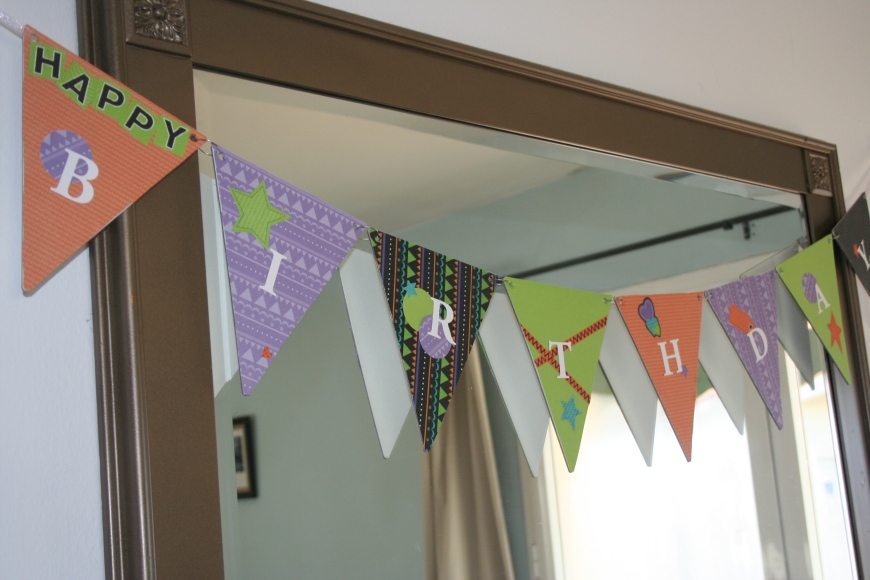 This was a midnight craft where I wanted one more thing to hang up! I had the paper, stickers and cardboard garland base sitting in my massive pile of scrapbook supplies! I like how it turned out and I’ll be able to pull it out for future birthdays! 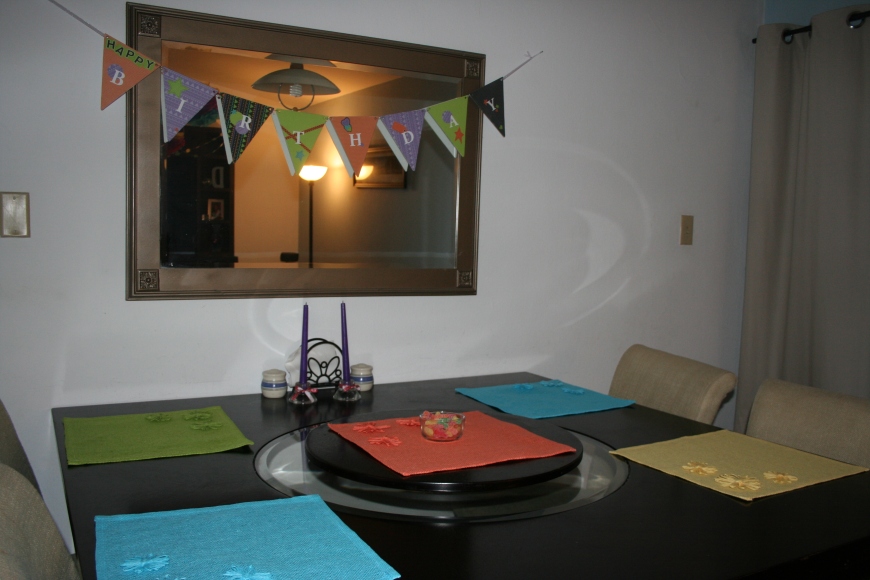 Rainbow fruit kebabs, super easy to make and the kiddos LOVED eating them! 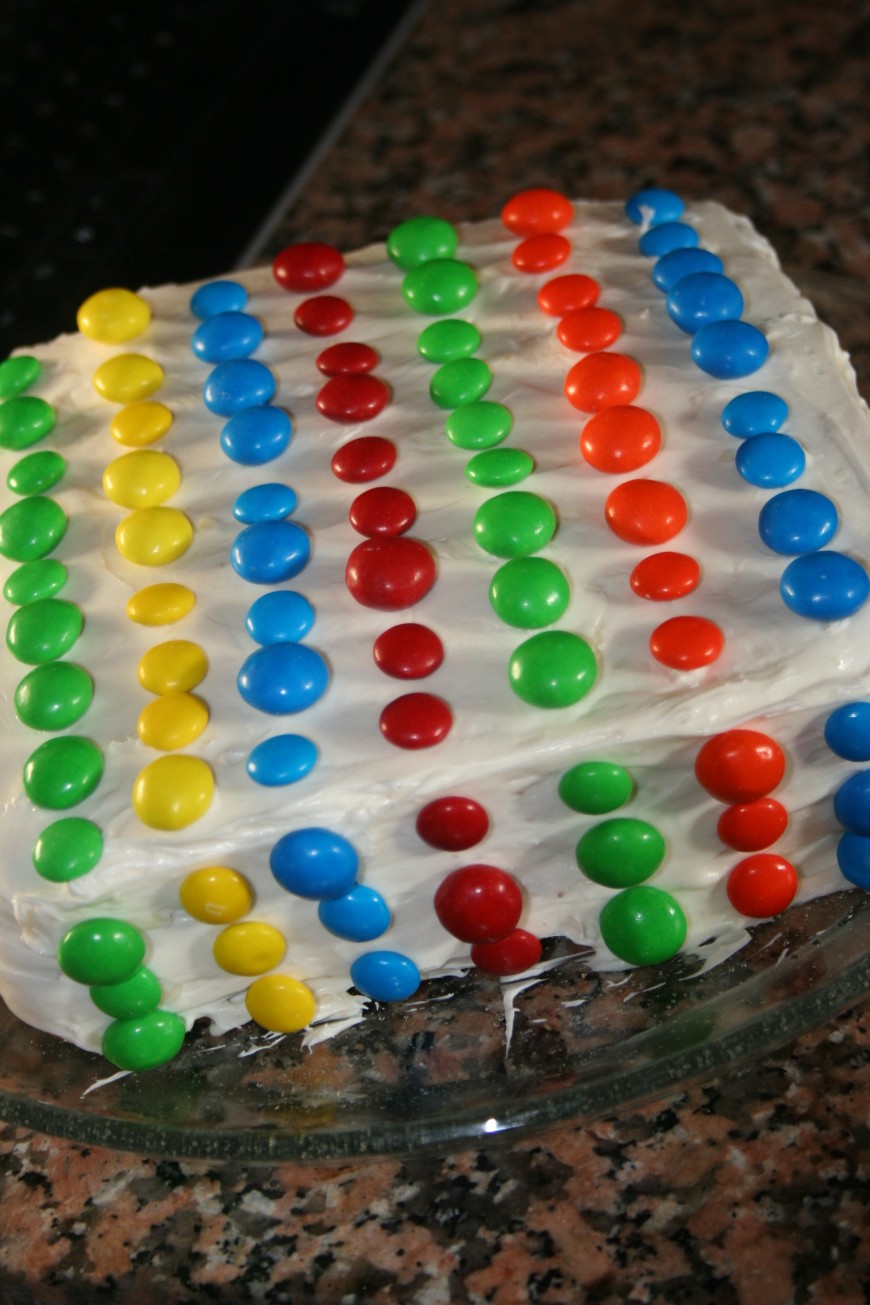 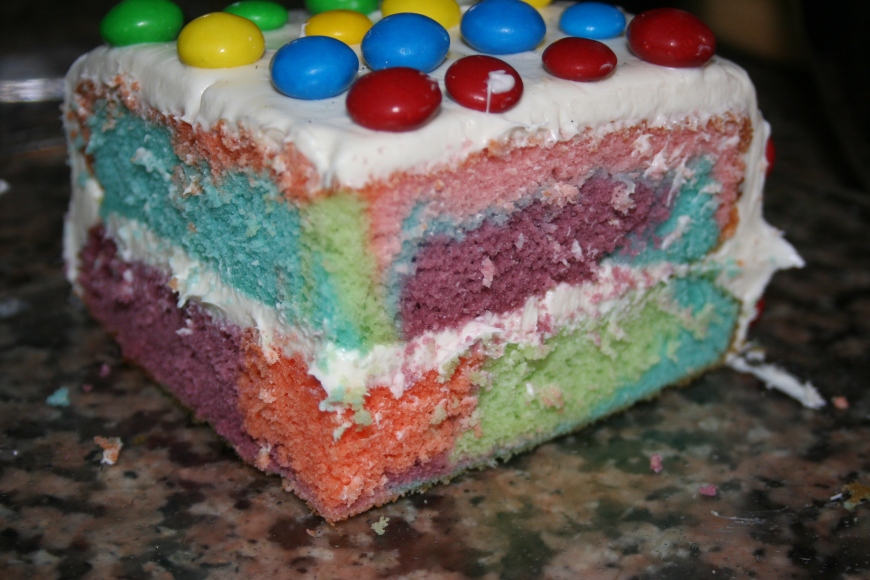 Birthday breakfast! The rainbow waffles would have been cute with a circle waffle iron, then cut in half with whipped cream on either side… but they were a hit regardless.  I used the same idea as the rainbow cake. Some of the colors did look a little brownish after cooking but the inside was pretty! 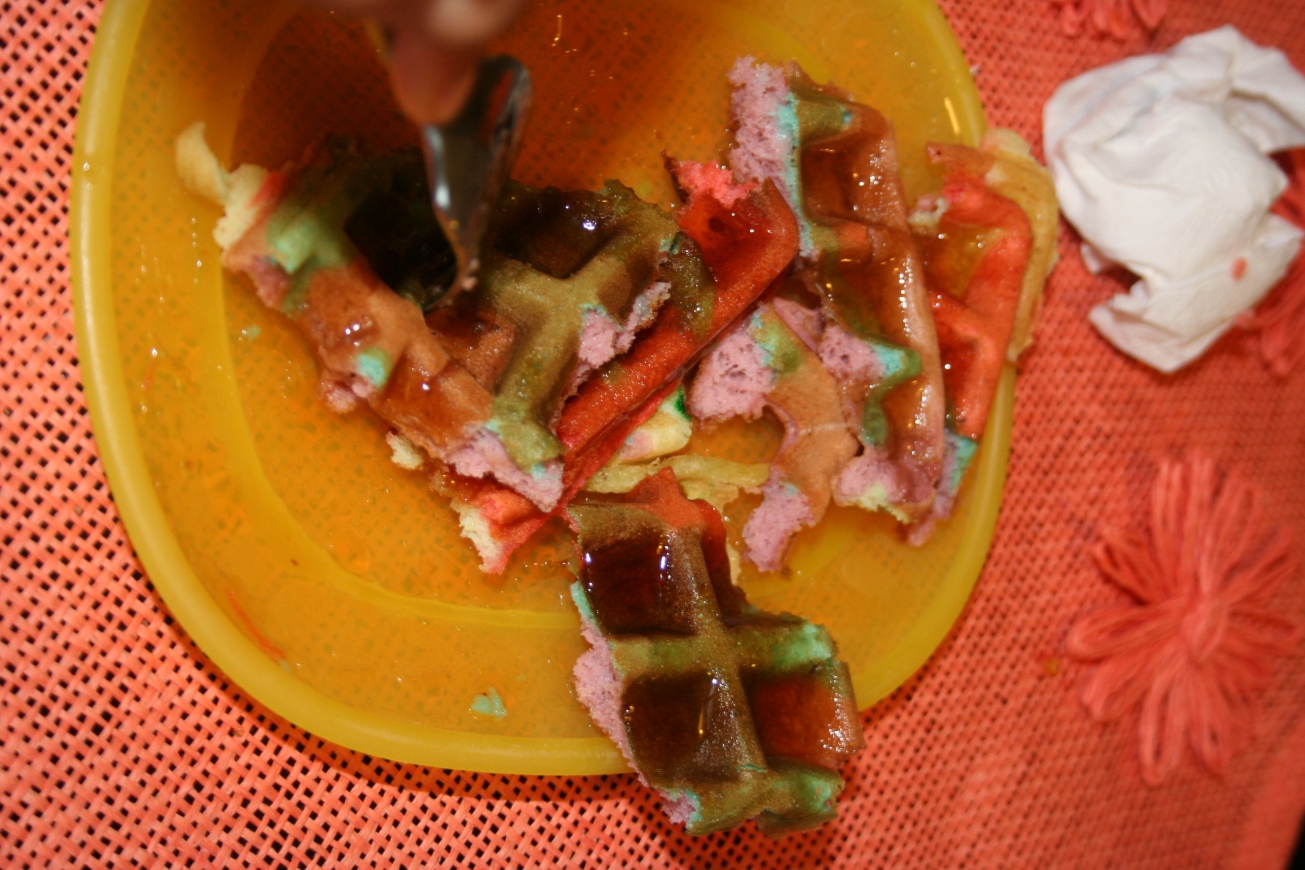 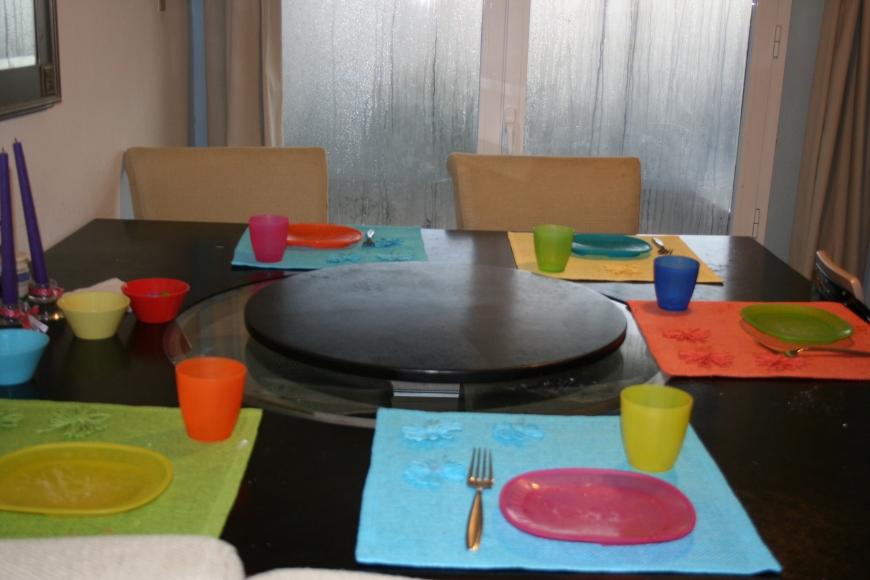 This dishware from Ikea is something everyone should have.  I’ve had it for years and love it! 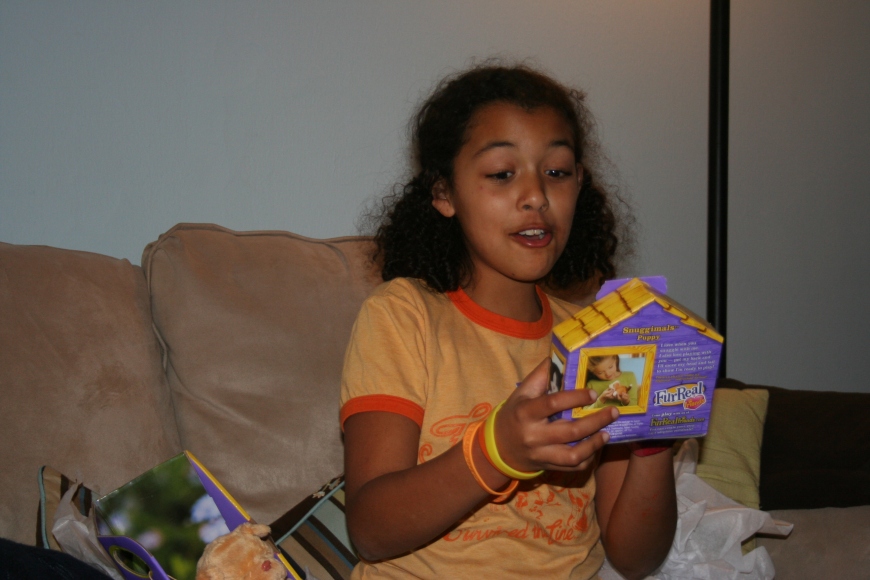