So our little town of Rota, Spain is pretty small. Maybe 25,000 people WAY more in summertime with all of the tourists that come in from  all over Europe.  From the main gate of our base it’s less than five minutes to drive to the marina where you can park for free in the off season.  From there you can walk to past the lighthouse to an awesome beachfront promenade that spans almost the whole length of the town.

There is also a great rock pier that is great for photo taking opportunities: 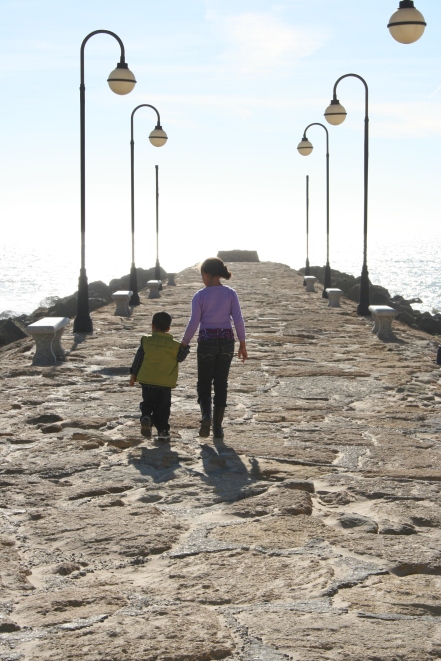 Lighthouse from the pier. Marina is on the right, Hotel Duque de Naranja is straight ahead, beach to the left

We also have a wonderful old Moorish castle as well as a beautiful church right near the water.  The castle is called El Castillo de Luna and was built while the Moors inhabited this part of Spain (during this same occupation is when the Moors built the Alhambra)  The castle went through a few different incarnations, including a school, and is now a government building.  Thankfully you can still tour it.

And on the inside is a beautiful courtyard with a sunken fountain: 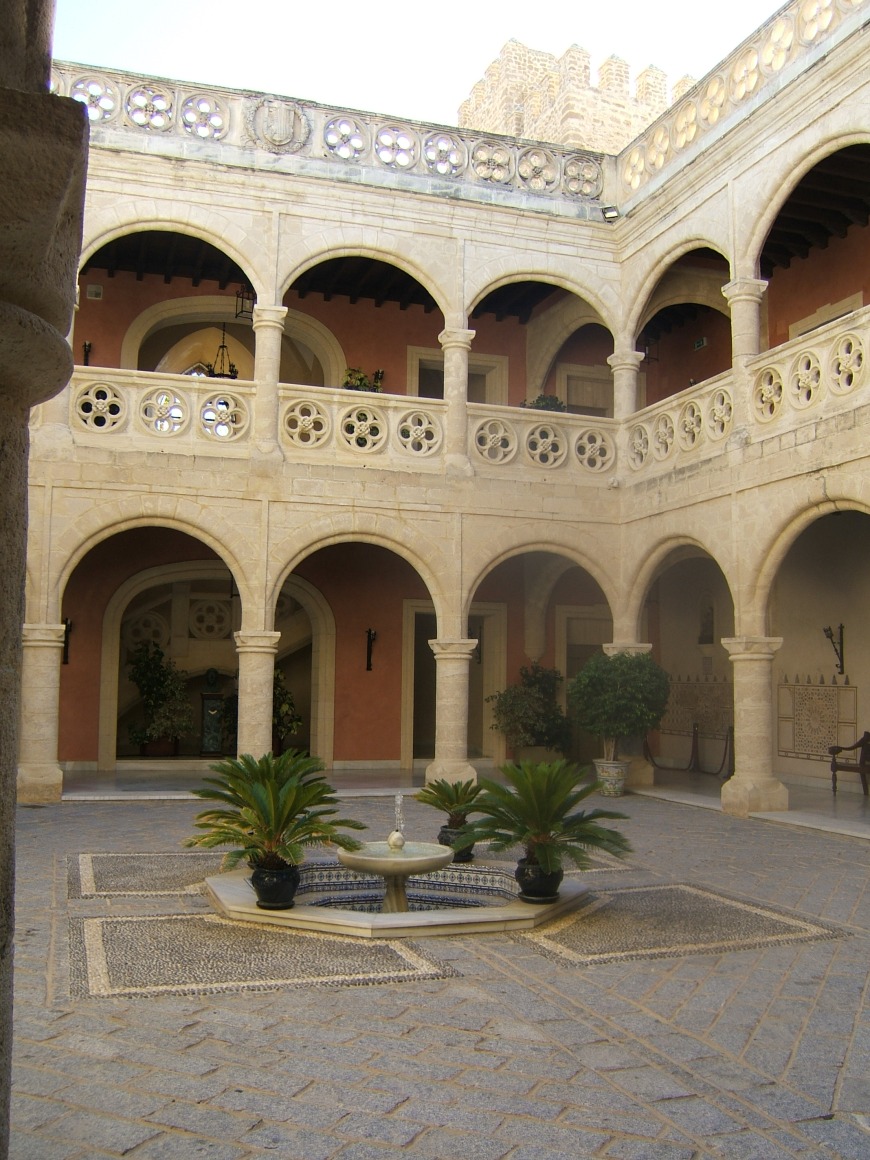 The walls still have original Moorish artwork from the 13th century *swoon*!!  The artwork was uncovered during renovations and they were able to keep much of it intact and have veeeeeery carefully tried to match the patterns in areas that had been removed. 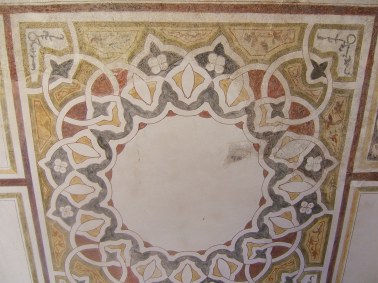 And one of the doors off of the courtyard… 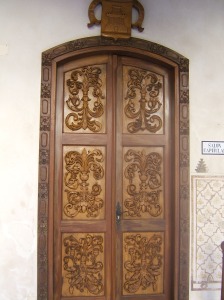 The church is in the same square as the castle and while pictures of the inside NEVER turn out because you cannot use a flash in there I have taken many many pictures of the lovely doors:

Oh yeah, I also have the cutest kiddos in the WORLD.

4 thoughts on “Rota… my home away from home.”