So we had no plans this New Year’s Eve. We just wanted to hang out at home, no parties, no big deal.

It was actually not too bad. I made bbq pork sandwiches, corn on the cob and we had pecan pie for dessert. Quite the southern meal for a New Year’s in Hawaii!

At around 11pm Mckenna reminded me to do our yearly interview. I’ve done this for the past few years, asked the kids some questions about the past year, about themselves and what they would like to happen in the new year. Its a cute way to document the new year with the kids.

Finally at 11:30 I said you know what? Let’s drive up to Camp Smith and watch the fireworks from there. There had been fireworks going off for the past SIX hours, it was very exciting. Hawaiians love them some fireworks! We aren’t allowed to set them off in Navy housing, not that that was stopping people but I wasn’t trying to get into trouble!

So we grab some blankets, the dog and hop into the car.

Camp Smith is a small Marine base up on top of a hill with an absolutely stunning panorama from Waikiki to Ewa Beach. You can see the entire southern half of the island. I’ve played football up there and we always get a beautiful sunset to watch during practice. We got really lucky because we got to watch about 6 sets of fireworks going off at the same time. I don’t even know where they were all coming from, Waikiki, Ala Moana, Ewa, Pearl Harbor, I really am not sure. But it made for a great show. 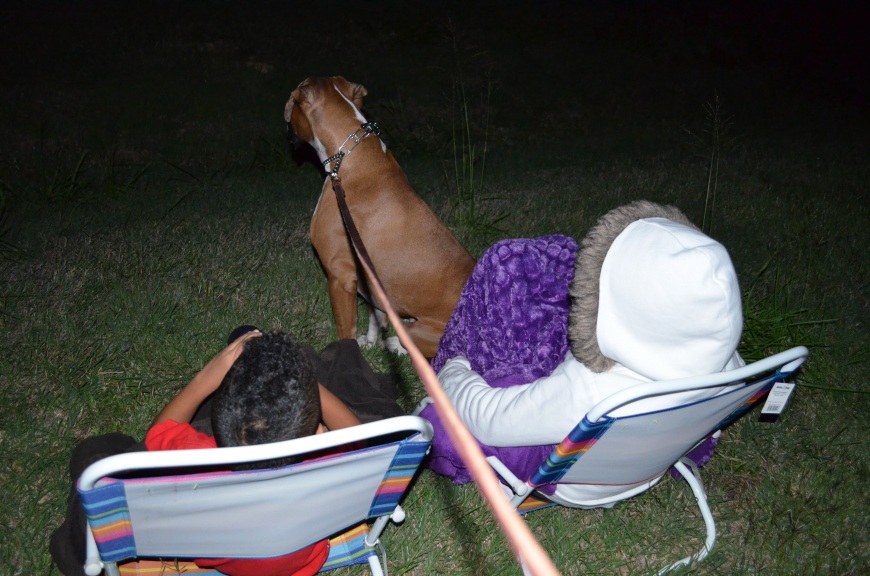 We also had the added bonus of all of the neighborhoods around the base and the base itself setting off fireworks. It was awesome. Especially since there is a pretty steep hill right in front of the kids with houses down there, and they were sending up fireworks that would go off right at our eye level.

I am pretty mad that I forgot to take my camera’s tripod so I couldn’t get any good flash off/long exposure fireworks pictures. Guess I’ll have to try it around the corner in July!

One thought on “NYE with no plans”